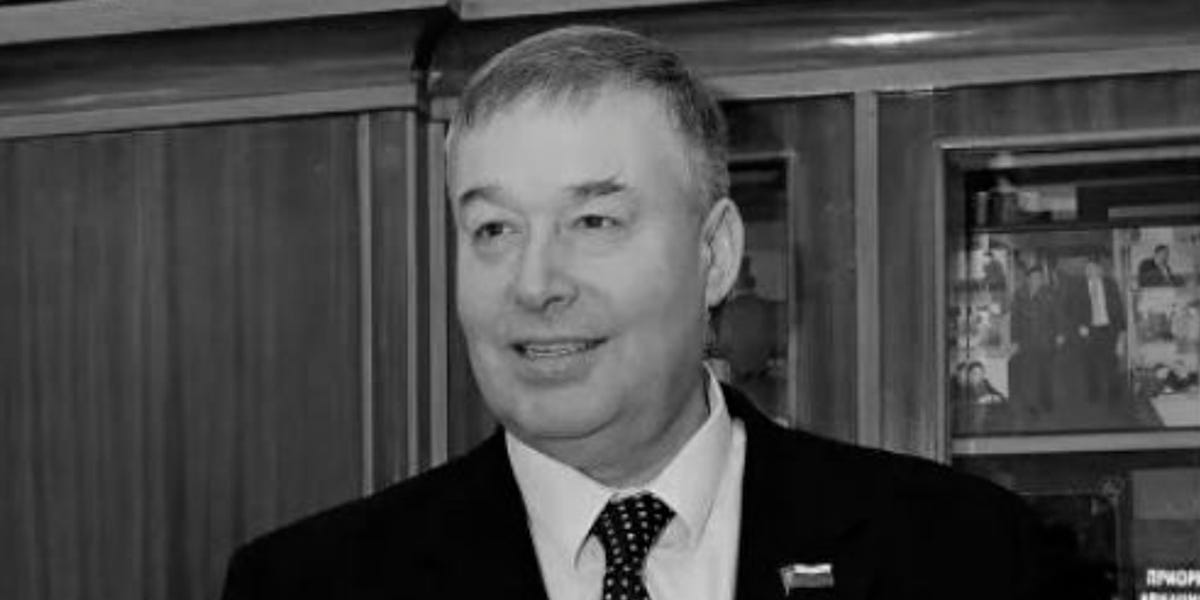 The former head of a Russian aviation research institute died on Wednesday, reportedly by falling down the stairs, in the latest in a string of deaths of Russian officials.

The Moscow Aviation Institute (MAI) university announced the death of Anatoly Gerashchenko, 72, saying he died “as a result of an accident.”

An unnamed source told Russian newspaper Izvestia that he died on the university’s grounds, by falling “from a great height” down several flights of stairs.

Gerashchenko was the institute’s rector until 2015, and at the time of his death was acting as an adviser to the current rector, according to Russian state-controlled news service RIA Novosti.

He had received multiple top state accolades, including a first-class Order of Merit for the Fatherland, the institute said.

The institute, calling it a “colossal loss,” said that it would launch an investigation into the death, involving representatives from MAI, the Russian Ministry of Education and Science, and the State Labor Inspectorate in Moscow.

The university develops several technologies with military applications — such as AI, drones, avionics and aerospace research — and has ties with Russia’s Ministry of Defense.

Gerashchenko’s death comes as part of a string of deaths of highly-placed Russian figures in the Kremlin’s orbit, particularly those connected to the technology and energy sectors.

On September 13, the body of Ivan Pechorin washed up more than 100 miles from where he had fallen off a speeding boat in Vladivostok three days earlier. Pechorin headed up aviation for Russia’s Far East and Arctic Development Corporation, and had recently spoken at a conference where Putin gave the keynote address.

The corporation also lost its CEO, 43-year-old Igor Nosov, who died of a stroke in February.

Energy executive Ravil Maganov, 67, died after he “fell out of the window” of a hospital on September 1, according to a source cited by the state-controlled news agency Interfax.

Maganov’s company, Lukoil, is one of Russia’s major energy providers, and six months earlier had taken the highly unusual step of criticizing the war in Ukraine.

Another of Lukoil’s former executives, Alexander Subbotin, was found dead of what state media called an apparent heart attack at the premises of a Moscow shaman in May.

Prior to that,a further five executives or bosses — most of whom had links to the energy industry — have died in suspicious circumstances since the beginning of the year.