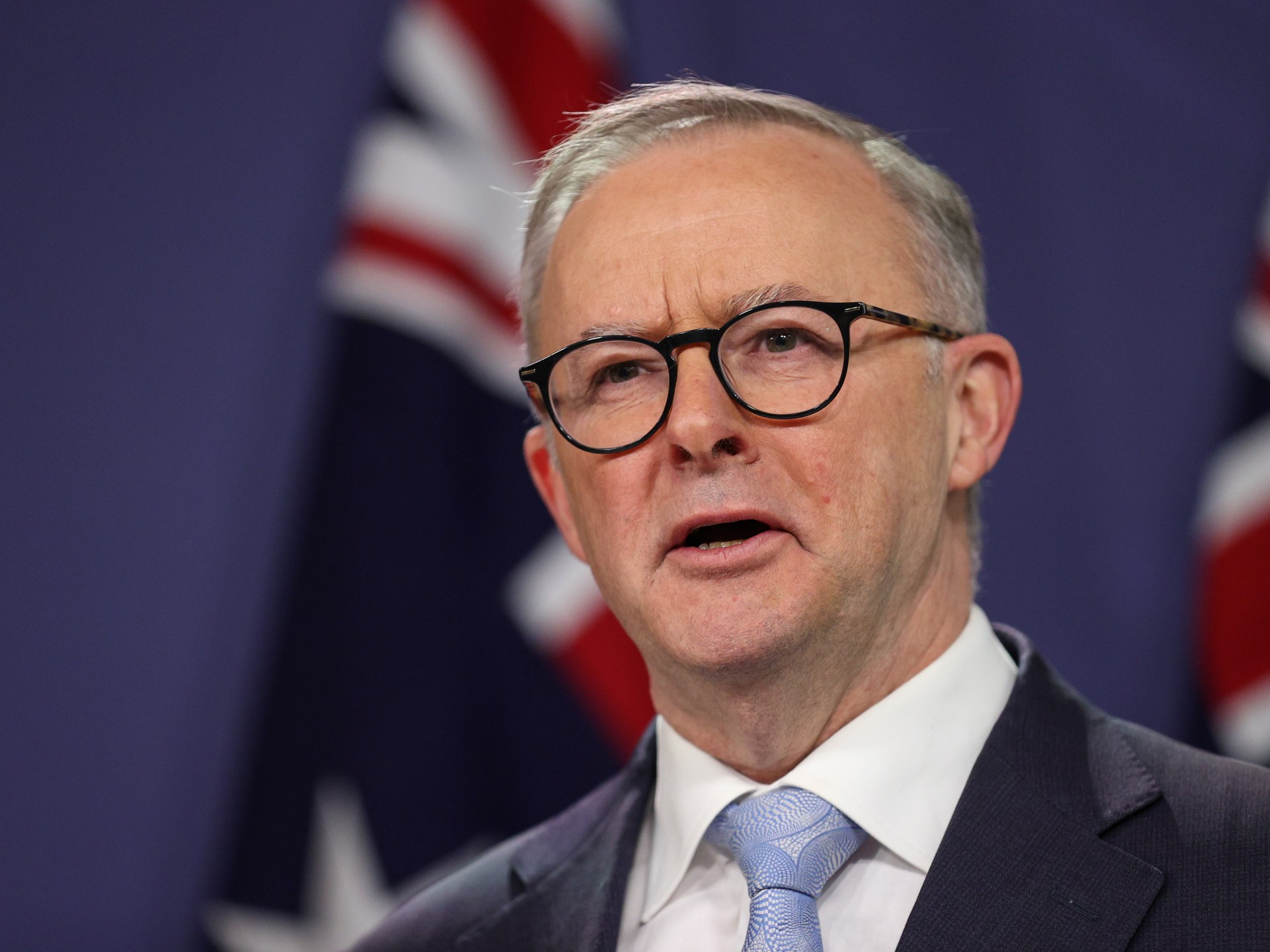 Anthony Albanese expresses support for dialogue after years of strained ties between China and Australia.

Australian Prime Minister Anthony Albanese has said meeting Chinese President Xi Jinping would be a “positive thing” after years of troubled relations between Canberra and Beijing.

“I’ve made it very clear that dialogue is a good thing and if a meeting is arranged with Xi, then that would be a positive thing,” Albanese told reporters in Canberra.

“We’re organising a range of meetings but they haven’t been finalised,” Albanese added.

Albanese’s comments come amid expectations the Australian leader could have his first face-to-face meeting with Xi during a series of high-profile gatherings of international leaders this month, including the G20 leaders’ summit in Bali, Indonesia.

Indonesian President Joko Widodo said this week that Xi would attend the G20 summit, while the Chinese leader’s attendance at the Asia-Pacific Economic Cooperation summit in Bangkok and the East Asia Summit in Cambodia remains unclear.

James Laurenceson, director of the Australia-China Relations Institute at the University of Technology Sydney, said a meeting between Albanese and Xi could “only be positive.”

“It’d be a marked improvement simply for Australia to be able to deal with China in the way other US allies in the region have been able to,” Laurenceson told Al Jazeera. “For all the negativity about China in Australia these days, other than on the extremist fringes, there’s no real constituency in Australia that insists not having meetings is better than having them.”

Laurenceson said dialogue could pave the way for a resolution to outstanding issues such as the detention of Australian citizens in China and Beijing’s trade sanctions targeting Australian exports.

“Of course, the fundamental differences between Canberra and Beijing won’t disappear,” he said. “But the big hope would be that a meeting at leaders level would send a signal within the Chinese system that Australia is no longer in the doghouse.”

Chinese Foreign Minister Wang Yi on Tuesday told his Australian counterpart, Penny Wong, that the countries’ relations had recently undergone “positive changes” and each side should address the other’s “legitimate concerns”, according to China’s foreign ministry.

In September, China’s ambassador to Australia suggested the two leaders could meet without preconditions after the federal election victory of Albanese’s centre-left Labor Party in May opened the door to “a possible reset of the relationship”.

Albanese, who replaced the conservative Liberal Party’s Scott Morrison, said earlier this year he would cooperate with China “where we can” but would not respond to demands or neglect his country’s national interests.

No Australian leader has met with Xi since 2019, when Morrison spoke with the Chinese leader on the sidelines of the G20 summit in Osaka, Japan.

While China is Australia’s biggest trade partner, relations between the sides have sharply deteriorated in recent years due to disputes spanning the COVID-19 pandemic, trade, national security and human rights.