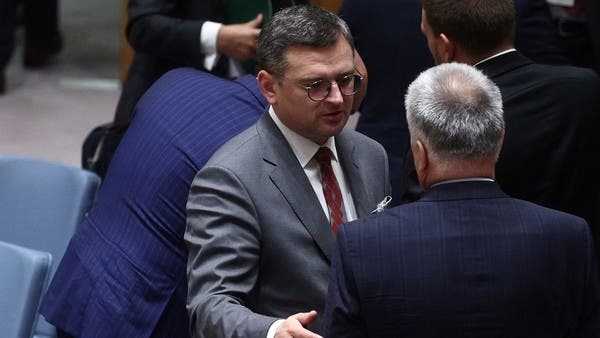 The meeting was the first between the two since the February invasion of Ukraine by Russia — though they have held two phone calls.

For the latest headlines, follow our Google News channel online or via the app.

On Friday, the Moscow-held regions of Ukraine are voting on whether to become part of Russia in referendums that Kyiv and its allies have condemned as an unlawful land grab.

Beijing has throughout refused to condemn Russia’s invasion of Ukraine, as President Xi Jinping pursues a close strategic alliance with his Russian counterpart Vladimir Putin to counter the United States.

China has repeatedly called for a peaceful resolution of the conflict through dialogue but has not taken action to facilitate such dialogue.

Wang also told Kuleba that “China has always been committed to promoting peace talks, never stands idly by, never adds fuel to the fire and never takes advantage of the situation for self-interests.”

“China always stands on the side of peace, and will continue to play a constructive role.”

“My counterpart reaffirmed China’s respect for Ukraine’s sovereignty and territorial integrity, as well as its rejection of the use of force as a means of resolving differences,” he wrote.

Beijing has had several high-level meetings with Moscow in recent months, including Wang’s meeting on Wednesday with Russian counterpart Sergey Lavrov, also on the sidelines of the UNGA.

Xi also had a high-profile meeting with Putin in Uzbekistan earlier this month, during his first state visit overseas since the pandemic began.

This year marks the 30th anniversary of the establishment of diplomatic ties between China and Ukraine, and the two signed a comprehensive strategic partnership in 2013.