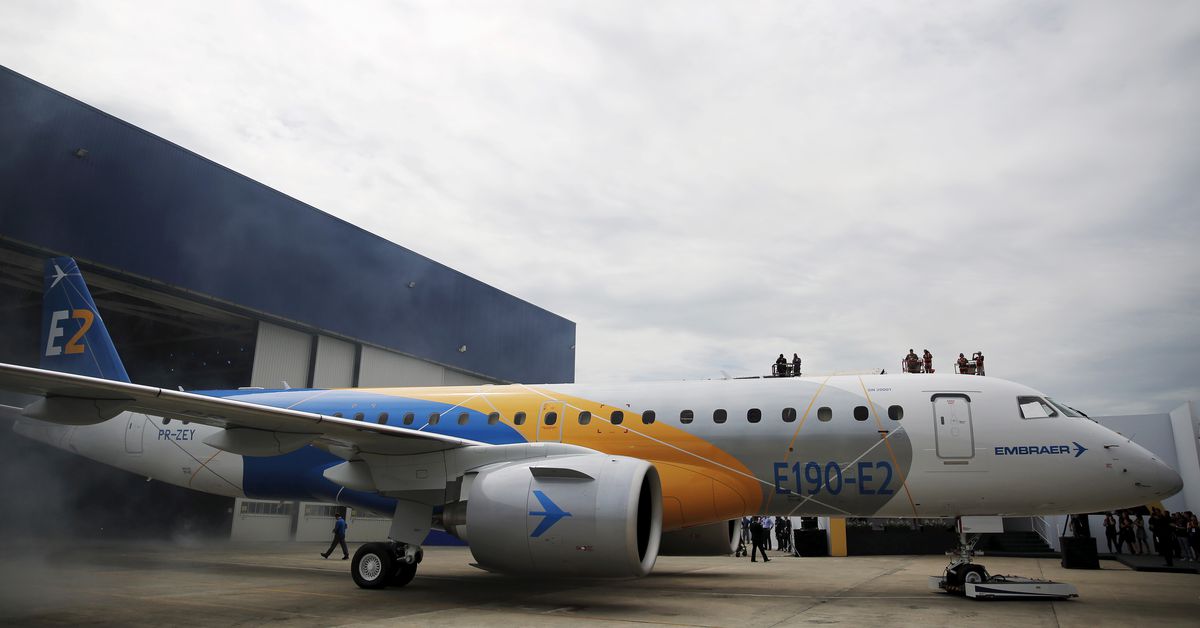 BEIJING/SYDNEY, Nov 10 (Reuters) – Brazilian planemaker Embraer SA (EMBR3.SA) said on Thursday that China’s aviation regulator had certified its E190-E2 regional jet for operations in the country, a move that would allow it to compete against China’s homegrown ARJ21 regional jet.

China had been slow to certify the latest generation of Western jets and turboprops that compete against domestic-made equivalents, though this week the ATR42-600 turboprop also was granted certification during Airshow China in the southern city of Zhuhai.

The E190-E2, a more fuel-efficient of the older E190 that already operates in China, can seat up to 114 passengers and was certified in Brazil, the United States and Europe in 2018.

Embraer said in a statement that the E190-E2 and the larger E195-E2 that can seat up to 146 passengers complemented the ARJ21 and C919 in terms of capacity.

The Brazilian planemaker said it was also seeking Chinese certification of the E195-E2, which it expected to obtain shortly.

Embraer Commercial Aviation Chief Executive Officer Arjan Meijer said in a statement that the E190-E2 certification would usher in more business opportunities in China. The company did not respond immediately to a request for comment on whether it had secured any Chinese orders.

Airbus SE (AIR.PA) has not yet received Chinese certification for its A220 narrowbody jet. The smaller A220-100 version seats up to 135 passengers while the larger A220-300 model fits up to 160. Airbus did not respond immediately to a request for comment on its A220 certification progress in China.

China’s aviation regulator, which in late 2020 said it would offer favourable airport slots to domestically made airplanes and favour them in fleet planning over the next five years, did not respond immediately to a request for comment.

Reporting by Sophie Yu in Beijing and Jamie Freed in Sydney; Editing by Muralikumar Anantharaman and Christian Schmollinger