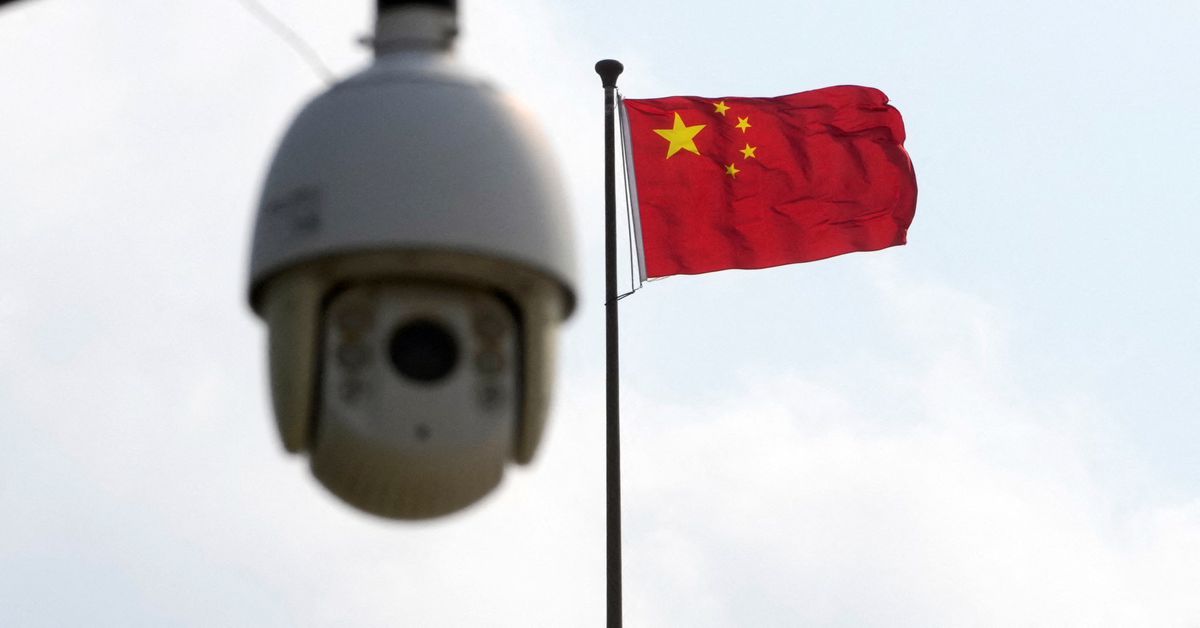 A surveillance camera is seen near a Chinese flag in Shanghai, China August 2, 2022. REUTERS/Aly Song

GENEVA, Sept 22 (Reuters) – A Chinese official said on Thursday that the country was readying “counter-measures” in case action is taken at a U.N. body against its human rights record in the western region of Xinjiang.

A group of countries are mulling action against China at an ongoing U.N. human rights council meeting in Geneva after the U.N. human rights office released a report saying the detention of Uyghurs and other Muslims in China’s Xinjiang region may constitute crimes against humanity. read more

“We are not afraid of that,” Xu Guixiang, a Xinjiang government spokesman told journalists in Geneva, referring to a possible anti-China motion at the council. “We are going to take countermeasures. We are ready for the fight actually so that the light of justice can shine in the world,” he said, without elaborating.