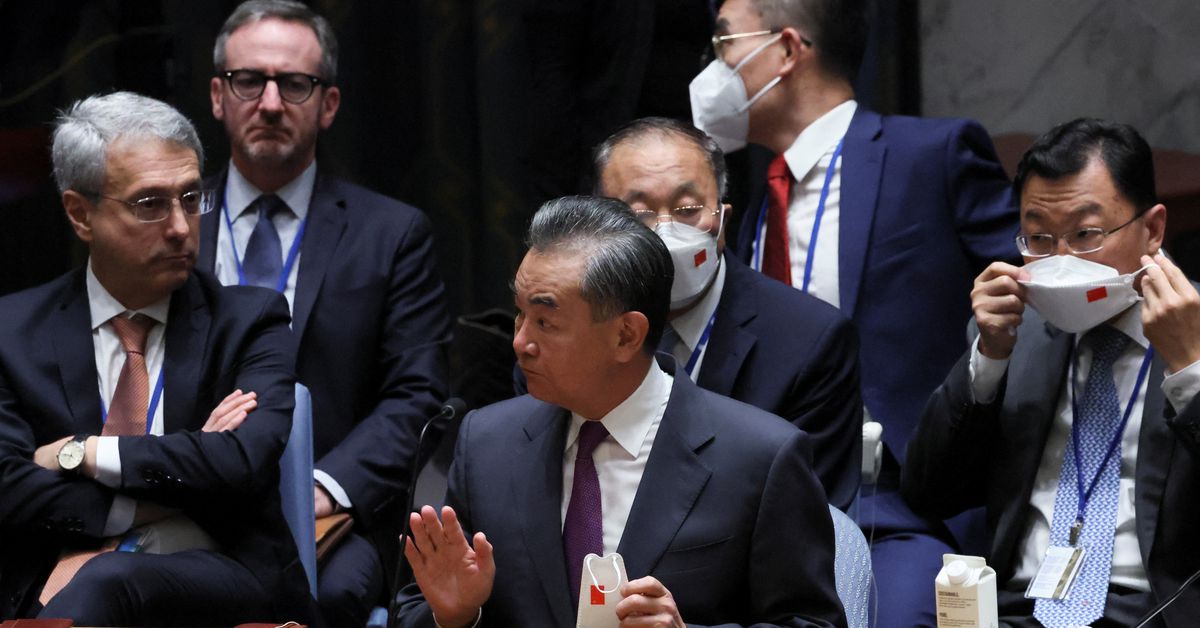 BEIJING, Sept 22 (Reuters) – An expanded and protracted Ukraine crisis is not in the interests of all parties, China’s Foreign Minister Wang Yi told his Polish counterpart Zbigniew Rau on the sidelines of a United Nations General Assembly meeting in New York on Wednesday.

China hopes that the “flame of war” will go out as soon as possible, a Chinese foreign ministry statement on Thursday cited Wang as saying.