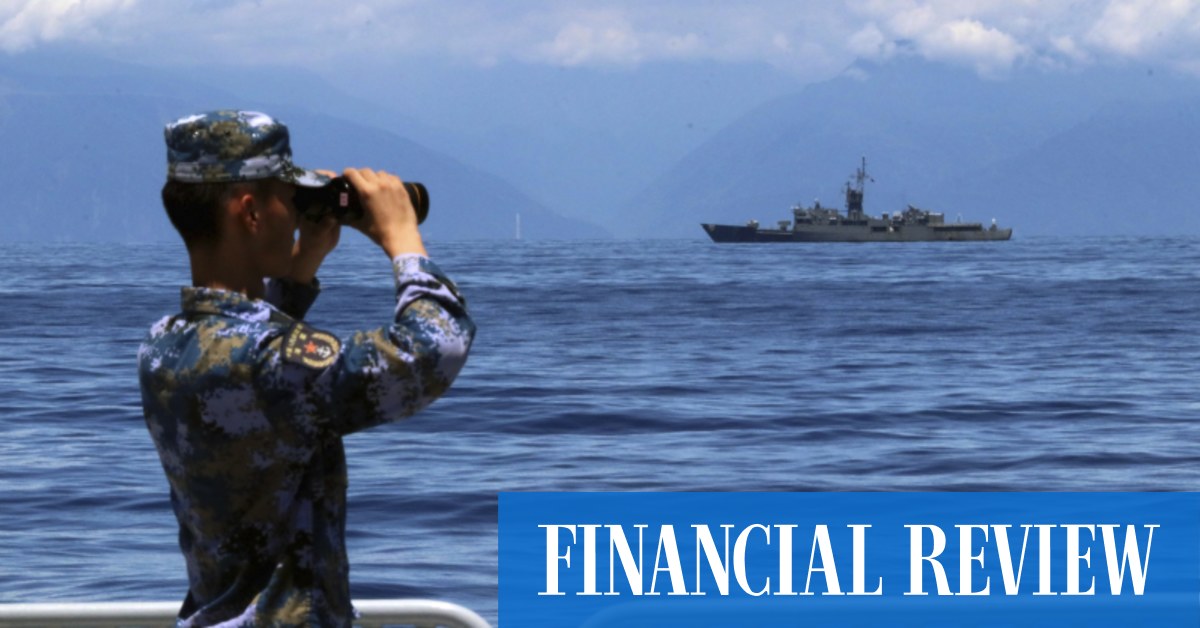 Mr Dimon evoked a sense of patriotism in his response. “We would absolutely salute and follow whatever the American government said, which is you all, what you want us to do,” he told the committee.

US banks responded to international condemnation of the Kremlin following its attack on Ukraine by announcing plans to wind down their operations in Russia. China’s economy is far larger than Russia’s, however, and many banks have sought to expand their Chinese operations.

At the end of 2021, Citi had $US27.3 billion ($41.4 billion) worth of exposure to China, including loans and investment securities, five times what it had in Russia. JPMorgan in 2011 launched a securities joint venture in China and only last year took full ownership of it.

Oppenheimer banking analyst Chris Kotowski said that China has always “been viewed as more of a future growth opportunity” for banks and current geopolitical risks may make them more cautious about the amount they invest in the country.

“If you’re a CEO and you’re testifying before Congress, and the question is basically, ‘What if China’s the next Ukraine?’, it’s going make you want to go very slowly, very deliberately and make sure you don’t have too much capital exposed there for now,” Mr Kotowski said.

Multinational companies have become much more concerned about the possibility of a Taiwan conflict over the past 18 months, as China has stepped up military activity around the island.

Company executives have been asking security experts in Washington for briefings about the likelihood of a Sino-US war over Taiwan.

In March 2021, Admiral Philip Davidson, then the head of US Indo-Pacific Command, told Congress that he believed China could attack Taiwan by 2027, which sparked widespread concern.

President Joe Biden on Sunday (Monday AEST) said the US would send forces to defend Taiwan in the event of a Chinese attack – his fourth warning over the past year and a shift in policy that has underscored the growing threat to the island from China.

The Chinese military has over the past two years stepped up the number of fighter jet and bomber exercises it conducts inside Taiwan’s “air defence identification zone”.

In August, the People’s Liberation Army held dramatic large-scale military exercises, which included firing ballistic missiles over Taiwan for the first time, after Nancy Pelosi became the first Speaker of the House to visit Taipei in 25 years.

China has accused the US of watering down the “One China” policy, which has existed since the countries normalised relations in 1979 and Washington switched diplomatic recognition from Taipei to Beijing. Under the policy, the US recognises Beijing as the government of China while only acknowledging – without endorsing – the Chinese position that Taiwan is part of China.

Pressed by lawmakers to express support for Taiwan and condemn alleged human rights violations in China, the US bank executives were hesitant to address the countries by name.

“I believe in free democracy everywhere; I’m not going to specifically comment on Taiwan. That’s up to the US government to make statements like that,” Mr Dimon said.

“‘Condemn’ is a very strong word,” Mr Fraser said, before adding that the bank was “distressed” to see human rights violations going on “anywhere in the world”.