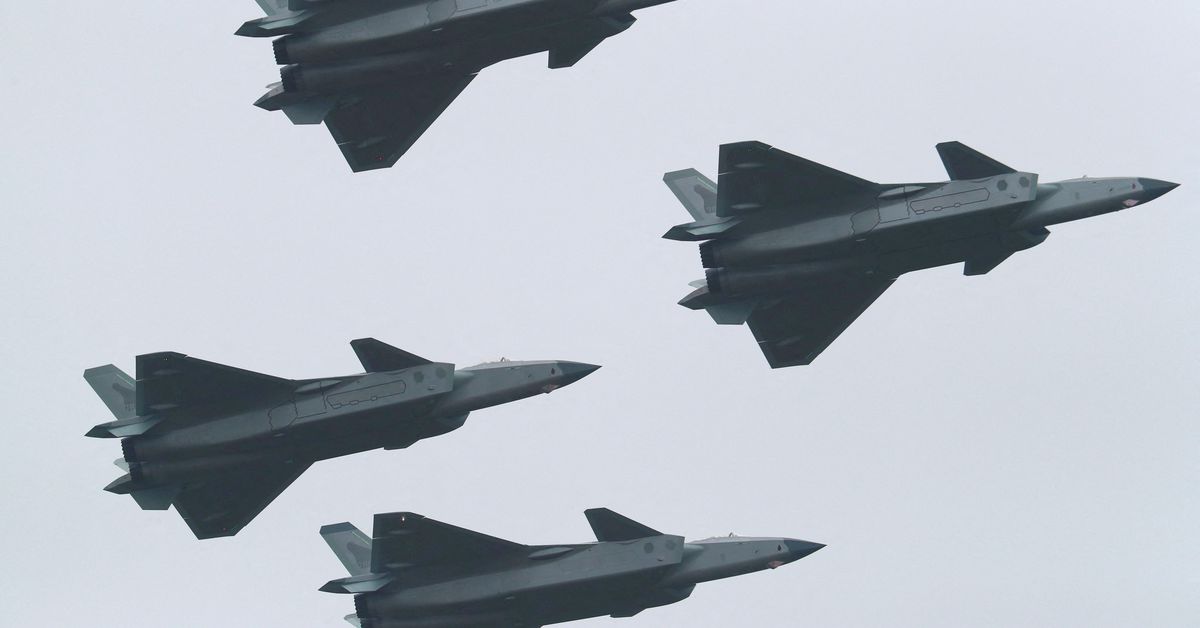 BEIJING, Nov 8 (Reuters) – A scaled-down version of China’s biggest air show opened on Tuesday, with some delegates unable to attend because of the country’s zero-COVID policy as virus case numbers there reached their highest level in six months.

The organisers of Airshow China in the southern city of Zhuhai last week told attendees they must arrive three days early because of COVID-19 precautions, but even then, some were blocked from entering the show because they visited a large district in Beijing that had positive cases last week, three attendees told Reuters on condition of anonymity.

A China-based executive at a Western engine maker said a lot of Beijing-based delegates had returned home in frustration, though some were allowed in at the last minute.

The show’s organisers did not immediately respond to a request for comment.

China’s zero-COVID policy has damaged its domestic aviation industry and kept international traffic at a tiny fraction of pre-pandemic levels, resulting in billions of dollars of losses at its airlines this year even as carriers such as Ryanair (RYA.I) and Singapore Airlines (SIAL.SI) in more open markets are reporting record earnings based on pent-up demand.

The zero-COVID policy comes amid a broader decoupling from the West in the aerospace industry as China aims for increased self-reliance and watches the effects of strict export sanctions placed on Russia’s aviation industry because of that country’s invasion of Ukraine.

The C919 display came the same day China Southern Airlines Co Ltd (600029.SS) operated its last Airbus A380 flight from Los Angeles to Guangzhou, according to flight tracking website FlightRadar24, marking the retirement of the European superjumbo from its fleet. China Southern did not immediately respond to a request for comment.

For the first time, Airbus, Boeing and COMAC all had single-aisle aircraft on display at the show, which is normally biennial but was held in 2021 after the pandemic delayed the 2020 edition.

COMAC secured orders from multiple leasing firms for a combined 300 C919 and 30 ARJ21 regional jets, local news service Yicai reported. The manufacturer did not respond immediately to a request for comment.

The show comes amid rising tensions between China and Taiwan after U.S. House Speaker Nancy Pelosi visited Taipei in August, sparking huge Chinese military exercises in the area at a time when the world is also on edge over the conflict in Ukraine.

State-owned newspaper Global Times reported a new anti-drone defence system built around the HQ-17AE short-range air defence missile complex would make its debut at the show as a countermeasure for low, slow and small drones that are difficult to identify and attack with traditional anti-air systems.

China is also showing off a FH-97A “Loyal Wingman” drone model designed to coordinate with crewed aircraft, the Global Times reported. The aircraft is different from the FH-97 concept first displayed last year.

The FH-97 is nearly identical to the U.S.-developed Kratos Defense and Security Solutions (KTOS.O) XQ-58A Valkyrie, which made its first flight in 2019, while the FH-97A looks more like Boeing’s larger Australian-developed MQ-28 Ghost Bat, according to photographs.

“Early images from the show suggest it will again be a major bazaar of Chinese UAV technology, including what appear to be mockups of unmanned combat aircraft that could one day accompany Chinese J-20 fighters into combat,” Waldron said. “Still, it can be very hard to understand if the various UAV models at the show represent real programmes with investment from the Chinese military.”

Reporting by Sophie Yu and Norihiko Shirouzu in Beijing; additional reporting and writing by Jamie Freed in Sydney. Editing by Gerry Doyle and Louise Heavens