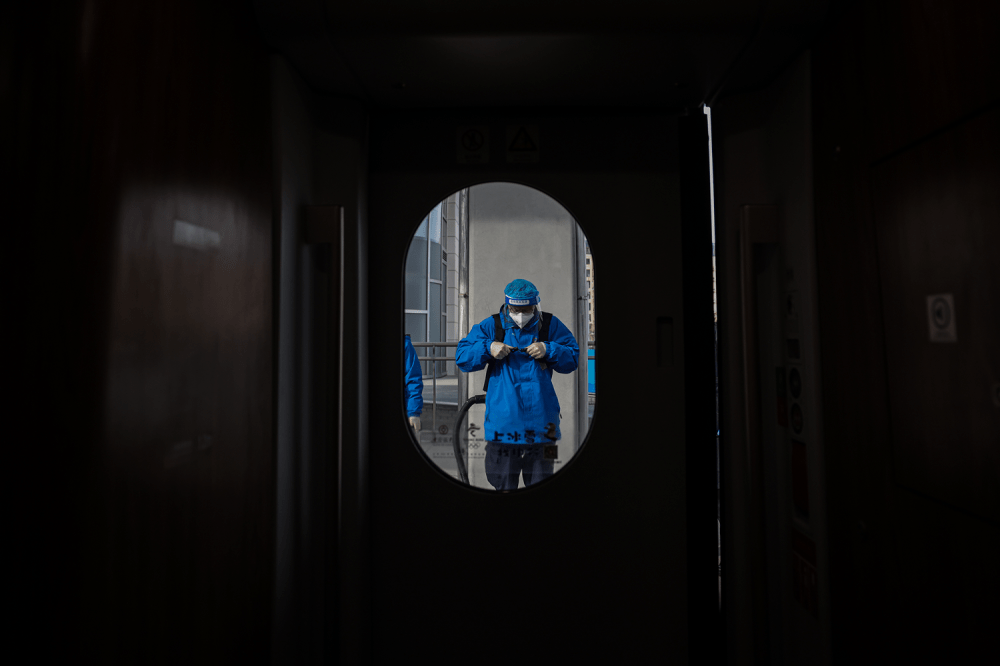 China’s handling of COVID-19 and other outbreaks is a tricky business politically—especially when it comes to foreigners.

In late September, Zunyou Wu, chief epidemiologist at the Chinese Center for Disease Control and Prevention, told citizens to avoid contact with foreigners, who have already left the country in large numbers, to stop the spread of monkeypox. Wu’s now-edited Weibo post came a day after China’s first case of monkeypox had been confirmed.

In light of these comments, users on Douyin, the Chinese and separate version of TikTok, are taking note.

China’s handling of COVID-19 and other outbreaks is a tricky business politically—especially when it comes to foreigners.

In late September, Zunyou Wu, chief epidemiologist at the Chinese Center for Disease Control and Prevention, told citizens to avoid contact with foreigners, who have already left the country in large numbers, to stop the spread of monkeypox. Wu’s now-edited Weibo post came a day after China’s first case of monkeypox had been confirmed.

In light of these comments, users on Douyin, the Chinese and separate version of TikTok, are taking note.

“Stay far away from foreigners—cherish your life,” one user from Guangxi wrote.

“Good thing I’m uncultured—I’m not going to make any contact with foreigners,” another user from Chongqing sniped.

The warning, which went viral on social media, points back to a pattern of xenophobic and ethnonationalist language that’s increasingly being used by Chinese government officials—something that foreigners, who remain in China after two years of stringent pandemic policies, are struggling to make sense of.

“His statement is clearly intended to confuse the public, and perhaps even to propagandize [Chinese citizens] against foreigners by using over-politicized public health messaging concerning the monkeypox epidemic,” Sulayman Aziz, an epidemiologist and acting foreign minister of the East Turkistan Government in Exile in Washington, a Uyghur activist group, told Foreign Policy over email. “Public health communication is meant to educate the public in an attempt to control the spread of an epidemic disease—not to cause confusion, alarm, discrimination, or xenophobic attitudes.”

To clarify, monkeypox is spread by direct contact with someone who has the viral disease—not via foreigners in general. The viral disease is spread during “prolonged, face-to-face contact” or intimate physical contact, such as kissing or sex, according to the U.S. Centers for Disease Control and Prevention.

For foreigners living in China, disease stigma and mistrust have become commonplace over the last two years.

“My initial thoughts were total shock, hypocrisy, and ignorance,” said Zolile Lusiba, a South African who has spent the last five years living in China. “[Wu] should know that viruses and diseases have nothing to do with people’s nationality.” Although Lusiba and approximately 845,697 foreigners call the country home, many expatriates and human rights organizations have commented on racism and xenophobia, especially against people from developing countries.

Expats—especially Black foreigners, such as those living in Guangzhou—have increasingly been denied entry at restaurants, and many have been the targets of abuse both online and in person.

Statements like Wu’s add fuel to the fire. But they’re not exactly new. In the 1980s, AIDS in Asia was thought of as the “Westerner’s disease” spread by people from “foreign lands” and often associated with “homosexuality and prostitution.” The outbreak of monkeypox among gay American men appears to have created a renewal of such fears in China.

“There are long-term foreign residents in China who have not left the country because of COVID,” said Sari Arho Havren, a visiting researcher at the University of Helsinki who specializes in China’s foreign relations. “They will now easily be labeled as contagious.”

“The discrimination of foreigners in China with misinformation using public health messaging is not a new phenomenon at all,” Aziz said. “In early 2020, Africans in Guangzhou were treated as ‘viruses’ by Chinese authorities—despite COVID-19 originating from a lab in Wuhan, China.”

At the time, landlords were told they needed to evict African expats, which, in turn, left many of them homeless.

“If this [xenophobia] was happening in America, I’m sure it would be all over the news,” Lusiba added. “It’s not right.”

More recently, under the guise of COVID-19 prevention measures, officials have locked down entire cities, forcing residents in places like Shanghai, Chengdu, Beijing, and Xinjiang to quarantine at home or at specific quarantine centers for extended periods of time. The various city lockdowns peppered across the nation impact all residents, not just foreigners—with many of them frustratedly posting online that they had run out of supplies at home.

Some residents see the country’s quarantine measures as a political means of division, as China has strategically targeted groups from its autonomous regions like Xinjiang.

At least 22 people in Ghulja, Xinjiang, died in one day due to starvation or lack of medical care under the forced quarantine. Other reports have shown multiple deaths among Uyghurs after their homes were sprayed with disinfectant to fight COVID-19.

“The Uyghur people are dying on a daily basis from China’s man-made forced starvation,” Aziz added.

“It’s emotionally damaging—it’s dehumanizing, and it’s just not right,” Lusiba said about the xenophobia and racism she’s experienced in recent years. “A person doesn’t have to push you, kill you, or shoot you to attack you. I feel attacked, and many other foreigners feel attacked. It’s not healthy, and it’s not right.”

Her friends in China, however, aren’t taking everything officials have said at face value.

“I do have Chinese friends in groups I’m in, and they’re not taking this silly advice that they should stay away from foreigners,” she said. “They know better. They’re not ignorant.”