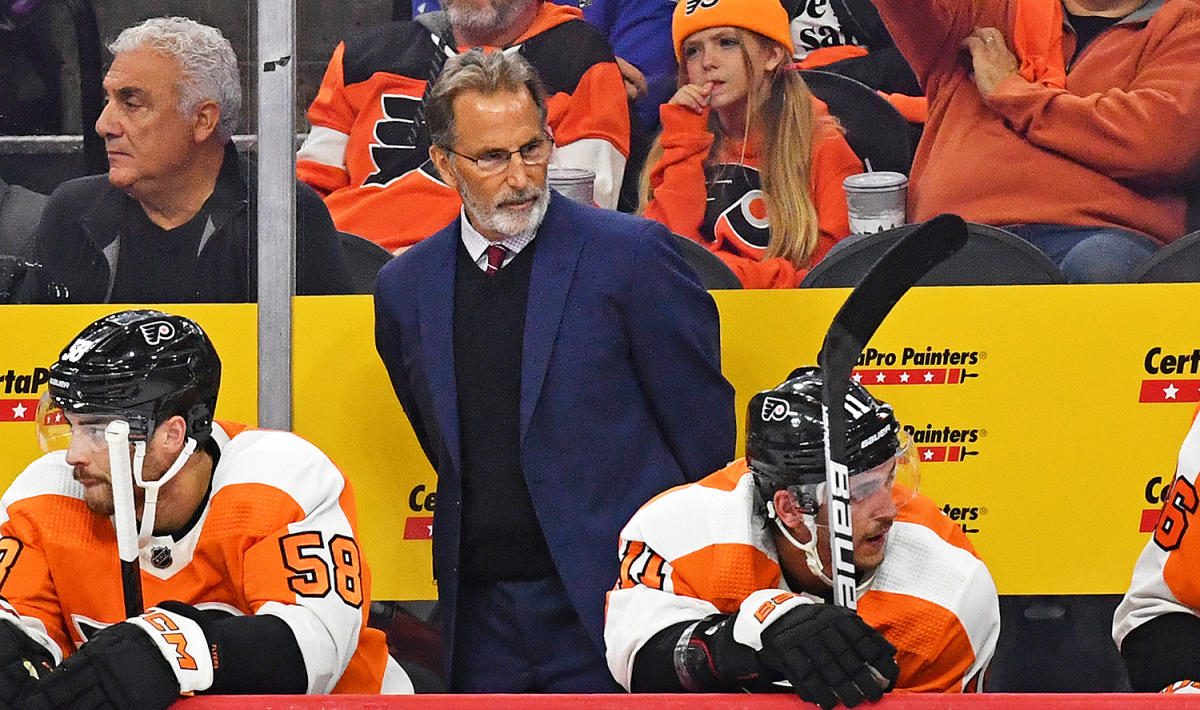 VOORHEES, N.J. — John Tortorella was not in the mood to reminisce about the past.

He never really is — he’s always looking forward, fixated on the challenge at hand.

And that’s the Flyers.

So a day before going back to Columbus, Ohio, where he last coached for parts of six seasons, the 64-year-old was not going to supplement the storyline of his return.

“I’m going back there to coach a hockey team,” the Flyers’ head coach said Wednesday.

“I have a tremendous amount of friends there, great spot,” Tortorella said, “but I’m going back there to coach the Flyers and try to win.”

Tortorella coached the Blue Jackets from 2015 to 2021. He’ll coach against them for the first time since then when the Flyers visit Thursday (7 p.m. ET/NBCSP).

Before Tortorella took over Columbus, the Blue Jackets had missed the playoffs for 12 of 14 seasons since the birth of the franchise in 2000. With Tortorella, Columbus had a run of four consecutive postseason appearances, highlighted by its stunning first-round sweep of the Lightning in 2019.

After his work with the Blue Jackets was mentioned a few times Wednesday, Tortorella was ready to move on from the topic of himself.

“You know that I don’t want to talk about it,” he said. “So let’s just go to another question.”

The Flyers can respect his all-business attitude. They’ve been fueled by Tortorella’s focus and direction. They head back to his old stomping grounds at 7-3-2, better than just about anyone anticipated aside from the Flyers.

But it’s only 12 games and Tortorella sees the Flyers’ long road.

“I thought we had a really good game last night, moved their blood today and get ready to coach another game,” he said as his team went through a practice overseen by the assistant coaches. “I’m not going to get caught up in all the other stuff. As I say to you guys every day, we have so much work to do here, I’m just concentrated on each day’s work with the Philadelphia Flyers.”

If the Flyers win Thursday, perhaps Tortorella will be a tad more open to reflecting on his time in Columbus after the game.

So get this one for the bench boss?

“We want to win every game,” Carter Hart said with a smile. “The mindset doesn’t change.”

Hart practiced Wednesday after missing the Flyers’ 5-1 win Tuesday over the Blues because of an illness.

“I watched a little bit and then I went to bed,” Hart said. “I was in bed early last night.”

Did the sleep do him well?

Hart is expected to be in net Thursday. The last time the Flyers were in Columbus, they beat the Blue Jackets as Cam Atkinson returned for the first time as a visitor.

Now it’s Tortorella’s turn to head back and feel the spotlight.

“When Cam went back there, we wanted to win that game for him,” Travis Konecny said. “It’s a little different as a coach, but when it comes down to it, we want to get the win for him there.”