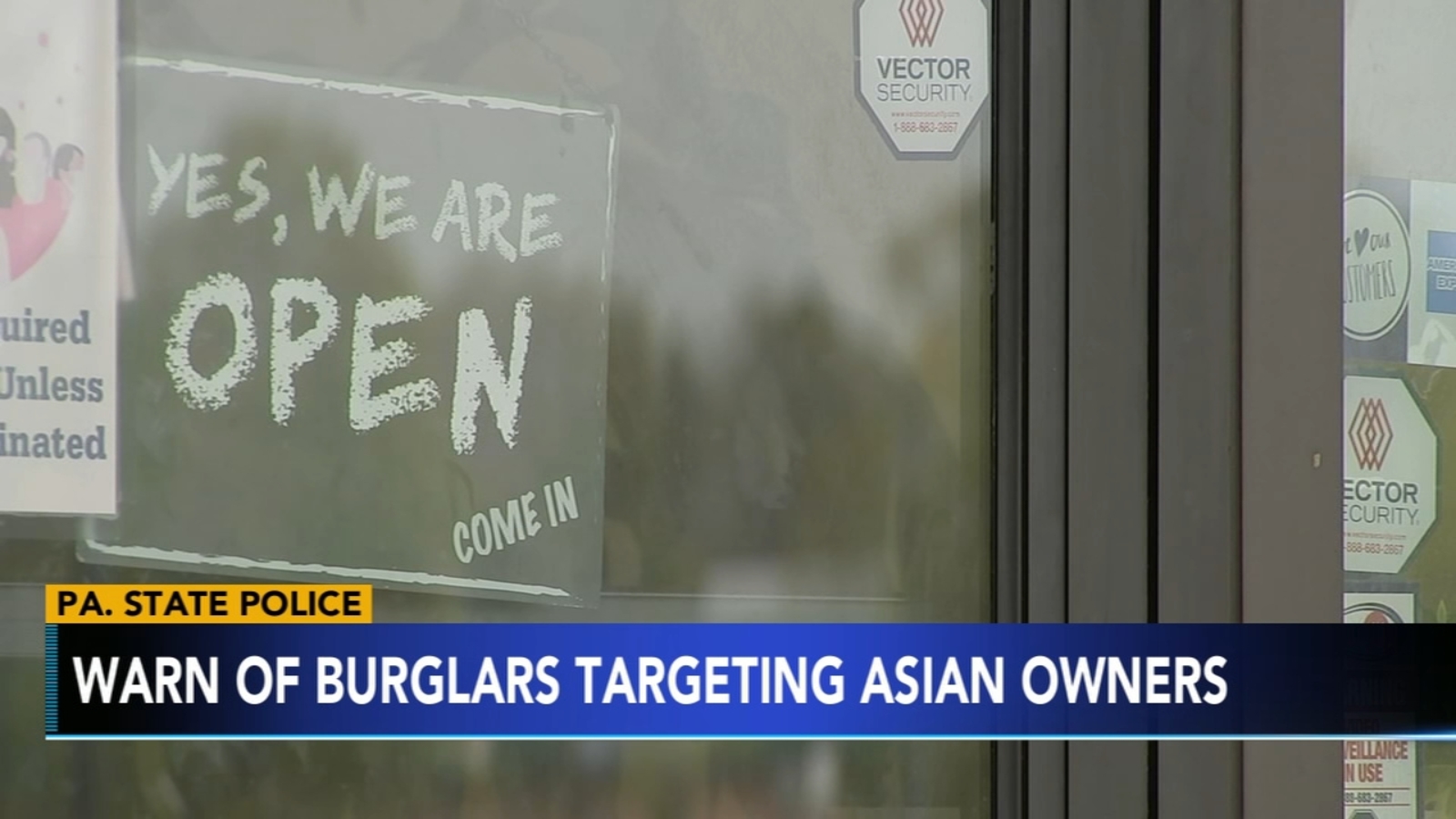 According to police, nearly a million dollars in cash and personal property have been stolen from the homes of Asian Americans who own Chinese food restaurants throughout the state.

“While many of these crimes occurred in the northeastern part of the state, similar burglaries have been reported across the commonwealth,” said Colonel Robert Evanchick, commissioner of the Pennsylvania State Police. “We want business owners to be aware of this trend and take preventive measures.”

Police said the suspects operate as a team, with one person acting as a lookout while one or two others enter the home, primarily taking cash and jewelry. Another team member waits in a getaway vehicle, police said.

Investigators believe the burglars watch the houses they target and usually disguise themselves, sometimes by wearing yellow safety vests or posing as landscapers.

In many of the cases, police said the suspects learned where restaurant owners lived by entering their cars for registration cards, installing makeshift tracking devices, or following them home from work.

– Secure cash and valuables in your home.

– Be aware of individuals and vehicles in your neighborhood that aren’t usually there.

– Consider having surveillance cameras and an alarm system installed.

– Keep your vehicle locked while at work and secure registration information.

– Be aware of anyone who might be following you home.