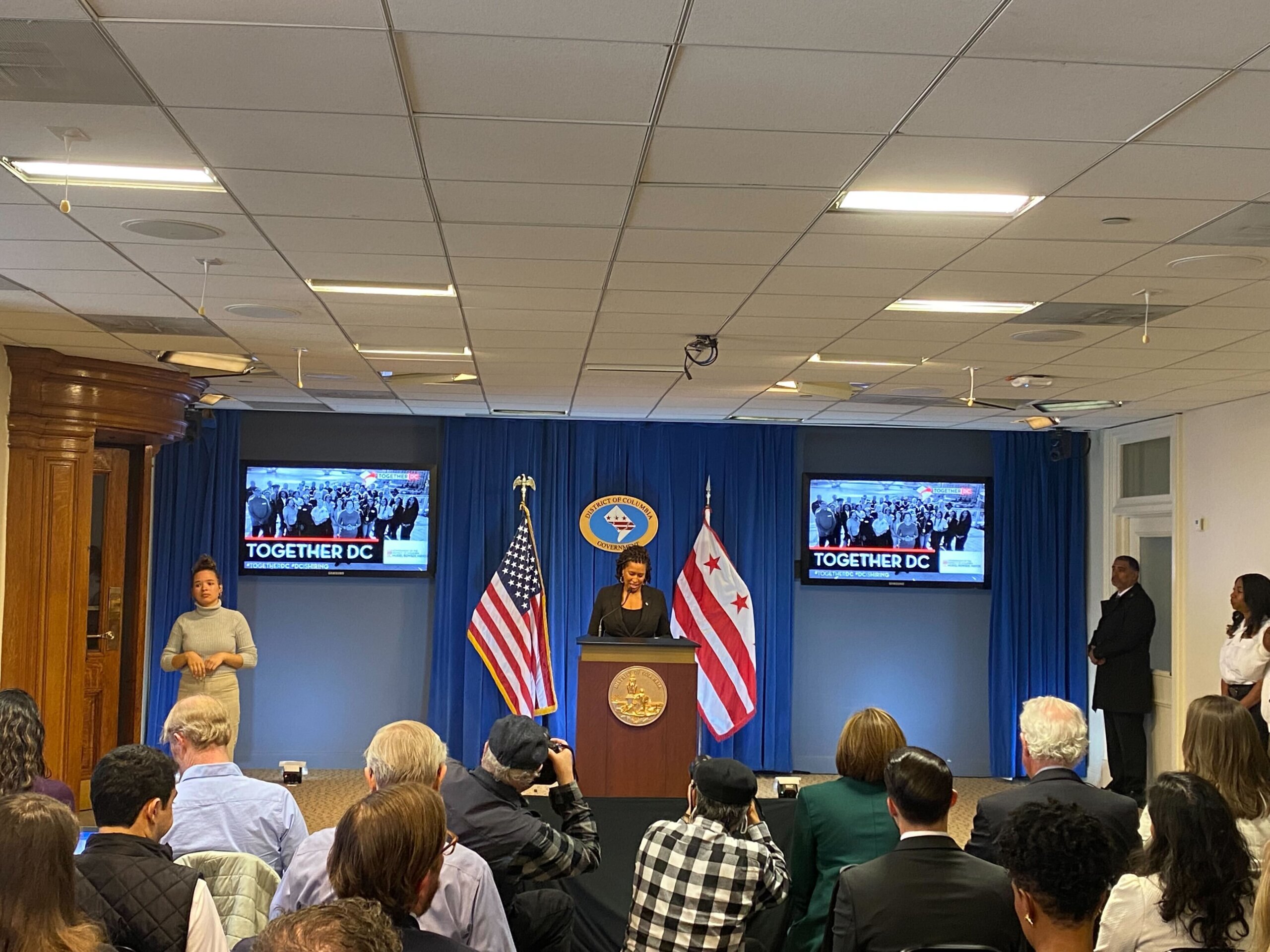 Muriel Bowser, who last night won a historic third-consecutive term as mayor, said that it’s what D.C. residents think that matters, as the nation’s capital awaits which parties will control the U.S. House of Representatives and the Senate.

The District has enjoyed a level of autonomy under a Democratic majority, but Bowser seemed pretty unconcerned should members of the GOP try to involve themselves more deeply into the D.C. affairs.

“It doesn’t matter what they think, it matters what D.C. residents think,” Bowser said. “We will do with them what we’ve always done. Tell them who we are. We take care of ourselves; we create our own laws; and we need them to stay out of our business.”

Bowser said that she was happy that the anticipated “red wave” receded and so far has not happened, referring to the anticipated win of Republican candidates that would flip control of Congress.

Either way, she said her administration’s approach to governing D.C. won’t change.

“I have now worked with three different presidents and various iterations of control in the Congress,” Bowser said.

But she said she hoped for some urgency among Democrats to tackle some of the city’s priorities before control in any chamber flips.

“There’s still time for our friends in Congress to advance D.C. priorities right now,” Bowser said. “We know there’s judges at stake. There’s federal lands at stake. And of course, a vote on statehood can still happen. We will continue that push during this period; and should things change, we will approach working with the Congress the way we always have.”

Statehood seems extremely unlikely to happen between now and the end of the year. Going forward, Bowser also seemed unconcerned about appearing before any congressional oversight committees to spar with lawmakers from other parts of the country who might try to score political points.

“If they do try to call me up there and score points — they don’t usually — but if they do they do it mostly on Twitter or whatever — if they do, we know that D.C. residents will be prepared to have my back,” Bowser said.

Get breaking news and daily headlines delivered to your email inbox by signing up here.

© 2022 WTOP. All Rights Reserved. This website is not intended for users located within the European Economic Area.