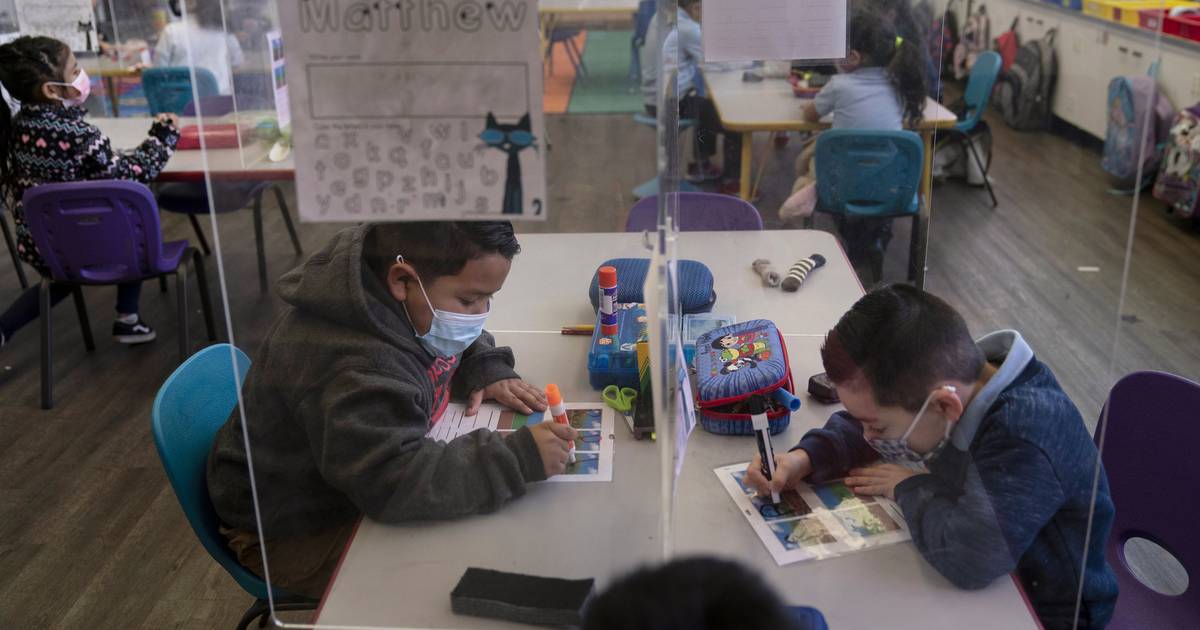 Halloween is over; Christmas beckons. “Monster Mash” is out; “All I Want for Christmas Is You” is in. Feel-good movies have replaced seasonal zombie and vampire flicks. In the U.S., our real-life zombie movie is called COVID-19, and it has caused more than 1 million deaths. Along with that, there have been hundreds of thousands of non-COVID-19 excess deaths, and the number of people with long-term disabilities from COVID-19 may top off at a million or more. But no zombie apocalypse movie could imagine the profound long-term devastation COVID-19 might eventually do to American society on so many fronts.

The most immediate COVID-19 effect has been on K-12 education. In a trend that is unlikely to reverse anytime soon, math and reading scores for fourth and eighth graders have declined significantly in nearly every state, coincident with the pandemic. High school students also had falling ACT scores, exacerbating a decline that predated the pandemic. Deterioration in academic performance has been most dramatic in children who were performing poorly before COVID-19. The implications for American competitiveness are obvious, and we reinforcing a two-tier educational system. An overhaul of our teaching methods, remote and in-person, should be a top national priority.

[ Carol Jago: How can we address the bleak report card for America’s children? ]

The American economy appears to be rebounding somewhat from the economic shock of the first two years of the pandemic, but adjusted consumer prices are at their highest level in 40 years, the result of a number of factors, some of which are clearly pandemic-related. The current inflation rate is between 8% and 9%, and while the outcome of the inflationary pressure is impossible to predict, there is a chance the economy could be crippled for the rest of this decade.

An even bigger unknown is the social effects of the pandemic. In 2020, physician and sociologist Nicholas Christakis wrote a book, “Apollo’s Arrow,” drawing on past pandemics, some of which radically upended the social order of their times. It is a clarion call of how much can change as the result of disease.

In the 14th century, bubonic plague, also known as the Black Death, killed more than 20 million people in Europe, one-third of the continent’s population. This essentially ended feudalism on the continent; the large number of deaths created a severe labor shortage, and surviving serfs were able seek higher wages than they could earn working for their lords. Without people to work the great manors, owning land was no longer a source of extreme wealth, and this precipitated a dramatic migration to urban centers. This, in turn, bred a new era of disorder.

Christakis quotes the observations of Italian chronicler Agnolo di Tura as the plague waned, “And then, when the pestilence abated, all who survived gave themselves over to pleasures: monks, priests, nuns, and laymen and women all enjoyed themselves, and none worries about spending and gambling. And everyone thought himself rich because he had escaped and regained the world, and no one knew how to allow himself to do nothing.”

An even greater upheaval occurred in the 16th century in what is now Mexico when smallpox, an extremely contagious disease brought by European ships, ravaged the Aztec empire. Smallpox was critical to the Spanish conquest of much of Mesoamerica. When the Spanish conquistador Hernán Cortés and his troops marched on the Aztec capital in 1519 to subdue the city, they were completely outnumbered. But through superior weaponry, astute generalship and alliance with some of the smaller tribes, Cortés managed to hold off the Aztecs until the natives were subdued in large measure because of the smallpox epidemic. With little immunity, 90% of the Aztec nation succumbed to the disease. Demoralized survivors were incapacitated and, in their last stand, unable to resist the Spanish. The final blow to the Aztec empire and much of the Indigenous population may have been widespread famine, caused by too few people to care for the crops.

In a primarily agrarian economy such as that of the Aztecs or feudal Europe, a pandemic can be absolutely devastating. With the 21st century technology available to us, we have a more resilient society — the worst will not necessarily occur. You can now order online at your favorite restaurant and work from home in your underwear via virtual meetings. But will these innovations be scant consolation if the educational, economic and social consequences of COVID-19 tear at the fabric of the country?

So far, the world has not ended; perhaps COVID-19 is a wake-up call. But the looming educational, economic and social threats must be taken seriously. The Rev. Martin Luther King Jr. once said, “We are not makers of history. We are made by history.” As such, we must be diligent to avoid becoming the Aztecs or the cast of a zombie apocalypse movie.

Submit a letter, of no more than 400 words, to the editor here or email letters@chicagotribune.com.