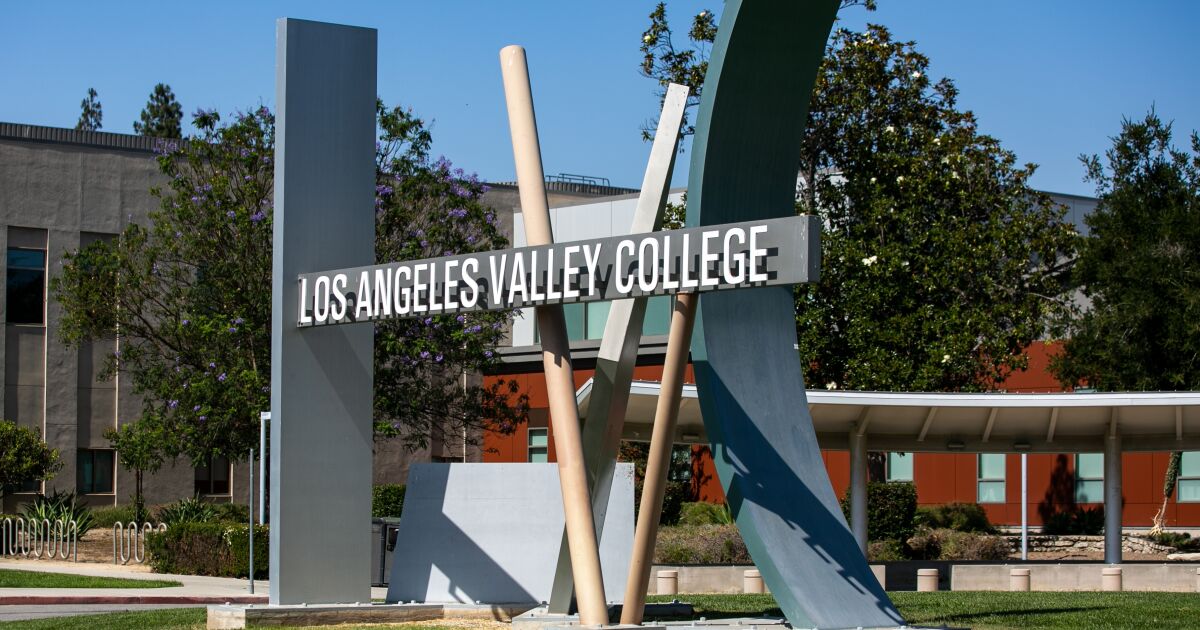 Voters decide today whether to greenlight a flurry of campus renovations in the Los Angeles Community College District, weighing the need for modern learning facilities against ongoing complaints about the district’s troubled construction program.

Four seats on the district’s Board of Trustees are also on the ballot.

This story will be updated as the county’s election office posts returns. Check back here after 8 p.m., when the polls close.

To pass, the $5.3-billion bond-funded construction proposal called Measure LA must be approved by 55 % of voters. The district, the largest community college jurisdiction in the country, includes nine campuses and sweeps across a 900-square-mile swath of Los Angeles County.

About $1.4 billion of the bond money would go toward renovating buildings constructed before the 1970s. The district also plans to equip classrooms with new technology, upgrade athletic fields and improve infrastructure such as sewer lines, outdoor lighting and sidewalks.

All property owners, including owners of commercial buildings, would pay up to $25 per $100,000 of assessed value over the next 40 years for the bonds. The average homeowner could expect to pay $88 to $157 more in annual property taxes; the increase would be greater on pricey homes.

Measure LA would be the fifth construction bond measure voters have greenlighted for the community college district since 2001. The previous four totaled more than $9.5 billion.

The American Federation of Teachers 1521, a faculty union, supported the latest bond measure, along with unions representing trade and vocational workers.

The proposal faced some resistance. Ernest Moreno, a Los Angeles Community College District trustee who is up for reelection, voted against putting the measure on the ballot. He said the measure was out of step with the district’s falling enrollment and rise in online classes. About half the classes are currently online.

“This is an inappropriate time and essentially an irresponsible act on our behalf to pursue this bond,” he said during a board meeting in July. “What I’m fearful is we’re building a ghost town.”

More recently, an independent arbitrator found the district violated state requirements for “good faith and fair dealing,” and ordered it to pay $3.2 million in compensation to Pinner Construction Inc. over a long-delayed theater project at Los Angeles Valley College.

After the arbitrator’s finding, the construction company filed a lawsuit against district trustees, alleging corruption and fraud.

District officials say they have implemented strict transparency and accountability measures, including outside audits and regular oversight committee meetings.

In addition to the bond measure, four seats on the seven-member Los Angeles Community College District Board of Trustees were also open on the midterm ballot.

The field of 11 candidates included an incumbent for each seat. Candidates campaigned on a range of issues, from bolstering enrollment to identifying housing resources for students to improving faculty working conditions.